The Mannerim Memorial : The Hall, The People 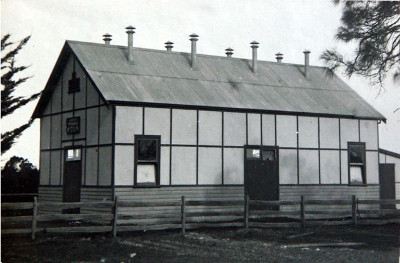 The Mannerim Memorial Indigenous Garden has been created on the site of the original Memorial Hall, which had been demolished in 1970.

The Memorial Hall was built next to Mannerim Station in 1923 and served as a sporting, social and associations venue. The original Roll of Honour from the hall was used as the basis for the name on the Soldier’s plaque.

At the time of World War 1, Mannerim and Marcus Hill stations supported the growing agricultural community from which the fifty-seven soldiers served. The stations were part of the Bellarine Railway which was built in 1879 to move troops and materials to the fortifications built at Queenscliff. The fortifications at Queenscliff and Point Nepean were built at the time, in response to the fears of a Russian invasion.

This information page is still under construction, please check back in a few weeks.